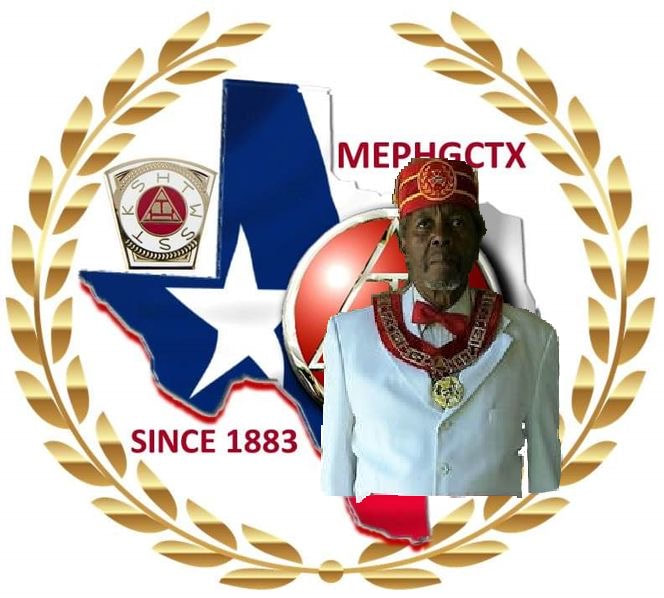 Born and raised in the Razorback State of Arkansas.  Graduated Washington High School as a member of the National Honor Society.  After graduation, joined the United States Air Force and retired after traveling to numerous locations.

I was “Raised” to the Sublime Degree of Master Mason in Marianas Traveler’s Lodge No. 49 at Andersen AFB, Guam in 1981 where I served as Secretary.

A Permanent change of station took me to Sheppard AFB, Wichita Falls, Texas.  I saw there was a need to help so I demitted to Key West Lodge No. 257, Wichita Falls, Texas.  I have the distinction of being the first active duty military member to serve as Worshipful Master of Key West Lodge 257 and held the position three times, also Secretary, Senior Warden, Senior Deacon and other stations

Made Scottish Rite Mason in June 1982 where I served as 1st Lieutenant Commander and Commander-In-Chief.  Served in Rose Croix, Knight Kadosh, Lodge of Perfection.

Dubbed Sir Knight in Key West Commandery No. 15, Wichita Falls, Texas where I serve as Recorder and was made Honorary Eminent Commander at Mid-Templar session 2018.

Created a Noble of the Mystic Shrine in Ozair Temple No. 146, Amarillo, Texas in October 1982.

Served on the City of Wichita Falls Commission on Human Needs.
©  2018 Most Excellent Prince Hall Grand Chapter Holy Royal Arch Masons of the State of Texas. All Rights Reserved. ​